What is greatness? Is it popularity? Prestige? Opinions of others? Mighty and good works? Influence?

In John 1:19-34 we get a picture of true greatness that runs counter to all other depictions.

Christ Church Mansfield exists to help all people believe the gospel of Jesus Christ more deeply and apply it more widely, in Mansfield, Dallas Fort Worth, and beyond. Part of the Presbyterian Church in America (PCA), Acts 29, Southwest Church Planting Networks, and The Gospel Coalition. Skeptics, curious, misfits, and mavericks welcome – you belong here! 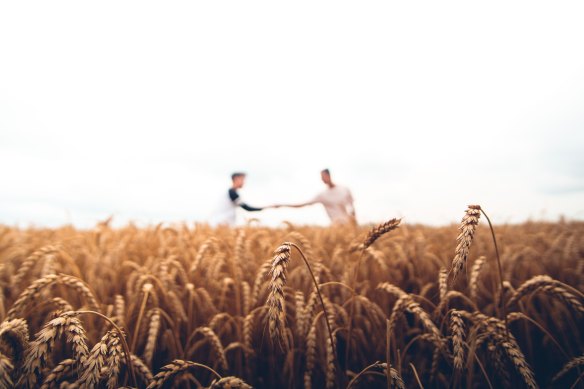 We believe God loves the world. He created it, and with it, us. But the world is far from His design and intention. It is full of sin and all its friends: death, destruction, and dysfunction, on personal, relational, and social levels.

The events of last week in Parkland, FL only go to show this to be true. Sadly, it seems that we are not even that shocked anymore that such a tragedy could happen, seeing as it hits our collective radars fairly frequently these days.

Comedian Michael Ian Black provided what I think is an insightful commentary on not just the horrible event in Florida, but one of the underlying issues that help make these tragedies reoccur.

The last 50 years redefined womanhood: women were taught they can be anything. No commensurate movement for men who are still generally locked into the same rigid, outdated model of masculinity and it’s killing us.

So men (and boys before that) don’t have language for modes of expression that don’t readily conform to traditional standards. To step outside those norms is to take a risk most of us are afraid to take. As a result, a lot of guys spend their lives terrified.

In this thread of tweets, Michael Ian Black has identified that men generally speaking do not know what it means to be a man, what role or purpose we are to have in society, or how to express our masculinity in life-giving and affirming ways.

Not only do we have a problem that we all feel as men, but we can’t even have the conversation! What hope is there?

But it was this statement that grabbed my attention (and the attention of Twitterverse as a whole). He is absolutely correct in identifying the source of the problem.

Deeper even than the gun problem is this: boys are broken.

But not just boys.

Death. Destruction. Dysfunction. These are normal ways of describing life as we experience it now. And not only is it killing us, we hate it.

We all experience life this way. But what happened? Why did things get this way for us, our relationships, and our world?

It is this way because of a man.

Adam, the first man, chose to reject living under God’s Word back in the Garden of Eden and in this way he rebelled against his Creator. All of creation was bound together with Adam, so as he fell from his position of grace, all things and everyone descending from him fell with him.

And yet, God’s heart, His love for His world never changed. He still loved the world He created, even though it fails to love and honor Him in return.

What does God do about this love for a world that is far from Him in every way?

He sends a man.

He sends His Son, Jesus Christ, to become a man, so that man can finally and fully be redeemed out of sin and into righteousness (the state of being right, approved).

He became a man, so that man can be restored out of brokenness and into the image and likeness of God Himself (the state of being who we were meant to be originally).

He became man, so that man can be renewed out of guilt, shame, and bondage to sin and all it’s friends (death, destruction, dysfunction), and walk instead in new life as new creations (the state of becoming more like Christ, living a resurrected life in all of life).

He became the man when God His Father vindicated His sacrificial death and perfect life by raising Him up from the dead and seating Him at His right hand, reigning and ruling over all things, and leading His people to be agents of His new creation world in the present.

And now that man, that perfect man who is redeeming, restoring, and renewing all things to Himself sends out men to live as redeemed people, restored sinners, and renewed saints for the sake of the world around them.

Men continue to be the method God uses to reach the world and make His blessings flow far as the curse is found.

The church will succeed in its mission when men are redeemed by Christ, restored to His fellowship, and renewed in His image, and live out His life for the sake of others – every man, woman, and child, starting at home and moving out to the rest of the world.

Men live in and out strength when they live for the sake of others.

It is true of Jesus.

And it’s no less true for men today.

Growing as Men at Christ Church

On Saturday, March 10, we will be launching our Men’s Leadership Training at Christ Church Mansfield for any and every man who wants and commits to growing in the gospel and live for the sake of others.

We will work through what it means to be children of God, loved by our Father, saved by His Son, and empowered by His Spirit to grow in grace and strength in service to others.

For details and to save your spot email me: chris@christchurchmansfield.com

We believe that God loves the world and is redeeming, restoring, and renewing all things to Himself – for His glory and our ultimate joy. Because of this, we don’t have to settle for life as we currently know and experience it; full of sin, brokenness, and all their friends (death, destruction, and dysfunction). Someday the world will finally be the way it’s supposed to be – full of life, joy, and peace. In short, we believe that Jesus changes everything – me, us, and the world around us.

That’s why for 2018 we are taking our time to focus more on Jesus in our new series Walking with God: A Journey Through the Gospel of John. In this great book, we encounter the One who is the agent of creation, the full and final revelation of God, and the initiator of a new era of salvation. We experience the One who doesn’t just come to deliver a message about redemptive rescue, but One who comes as the redeemer and rescuer in person. The One who is none less than God Himself, and yet, He comes as a man, just like us.

Journey with us at Christ Church Mansfield as we seek to experience more of Jesus in 2018 through this series, Walking with God: A Journey Through the Gospel of John.

To Read and Recommend

There was an error retrieving images from Instagram. An attempt will be remade in a few minutes.